Published on January 14, 2021 by Alexander Cobleigh

The newsletter staff (hi it's only me) took a holiday break. It's back now, in the Future Year Twenty Twenty-one. Let's have a look at the shenanigans that's being going on in the newsletter's brief absence, yes?

The lovely umhi was (quite a while back) interviewed in write.as. It's a sprawling & down-to-earth interview, touching on notions of communities, romantic x forward-looking visions of the web, and ssb. It's a great read, have a look.

Scuttlebutt is a welcoming neighbourhood by the water where I go to escape the city noise, reflect & write, meet new people & socialize, and learn about new tools & spaces I might explore. And Neocities is the district where I currently reside, and which feels like a remnant of the colorful city that I first roamed & became inspired by when I arrived here. 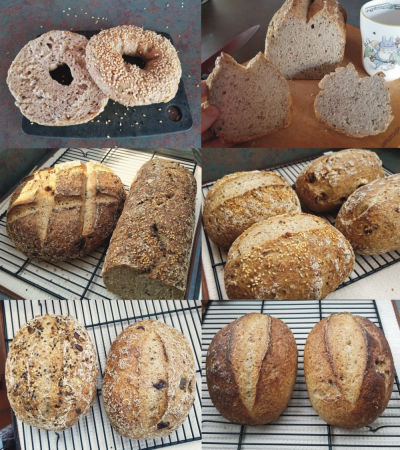 The Scuttleverse seems abundant with bread-based enthusiasm from where I am sitting. Recently, Wingy Scruffhead shared some beautiful gluten-free loaves in one of the scuttleverse's proliferating breadthreads (brheads) [01].

In personal news, I recently started the process of awakening my starter–it's slow & steady in the northern hemisphere's wintery climate. 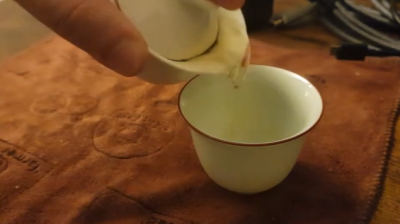 SoapDog chimes in with a thread on the joys of discovering the gong fu tea ceremony [02].

Also in SoapDog news: an announcement [03] that he was stepping down as an SSB maintainer for the moment to refocus on writing (words, not code!). The community heartily supported his decision.

skyebend shared a lovely list [04] of some of the scuttleverse's common (positive) social norms and behaviours, which have been cultivated over the years by talented community gardeners. I've listed a few below, but check out the full list in your client of choice.

Here are the first three (read the post for the remainder!)

reminding folks not to call each other names or troll

Andre–prolific writer, developer, and artisan coffee brewer–started a thread soliciting thoughts on the future of Scuttlebutt moderation, put into motion by recent world events. The thread [05] has 60+ thoughtful replies at time of writing, from all kinds of perspectives. It is a sobering & reflective read, and anyone thinking about these questions is invited to take part in the community knowledge being put on display. 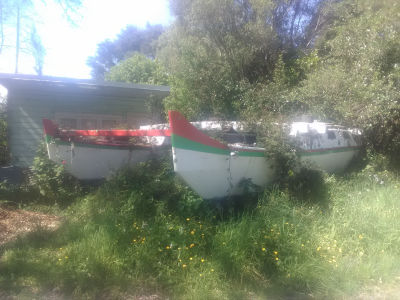 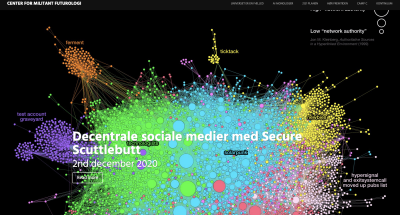 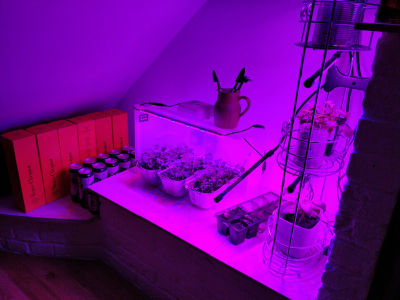 The user Tales from the Dork Web shares their solarpunk salad bar [08].

➫ Freedom on the Island 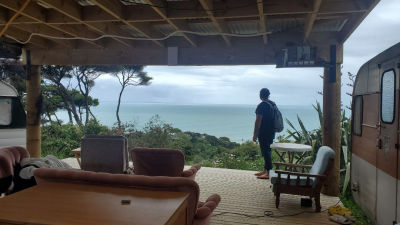 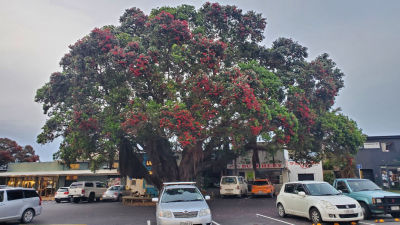 Powersource asks if anyone wants to get paid to work more on oasis (progress updates in the thread!) [10] 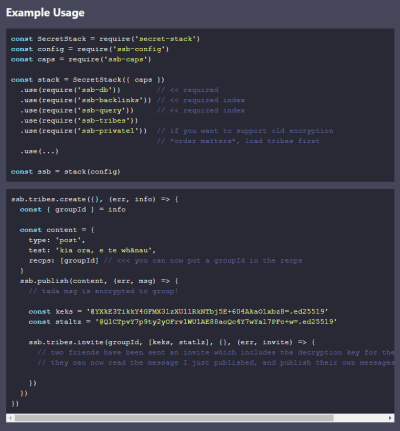 mix shares an example snippet of how easy private groups are to use when interacting via the module ssb-tribes: [11]

➫ If It Quacks Like a Doc, and Walks Like A Doc, Then It Must Be New Developer Docs 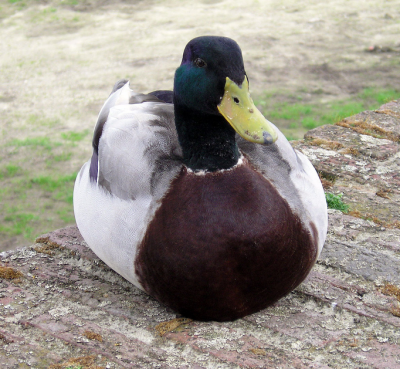 New technical documentation has emerged on the relatively recently uncovered dev.scuttlebutt.nz. Most recently added was an overview of the Golang codebase and SSB implementation.

Erick, the previous editor of this esteemed newsletter, shared [12] a research-based article he came over. The article details the use of Bloom filters for "set reconciliation between replicas", and is a new piece by Martin Kleppman.

Also from Erick: a 9 min presentation he made on gossiping with SSB as part of his post-doc work. It was put together for the 1st International Workshop on Distributed Infrastructure for Common Good: [13]

cft shares the following (emphasis mine): [14]

It took some effort but finally here we are: a proof-of-concept that all ed25519 ops needed for SSB can be offloaded to a security dongle. I worked with the Yubikey 5 NFC that can be accessed via USB but also NFC. Currently it is a standalone library for USB and is not integrated in any SSB client software.

[The use of a ed25510-enabled security token] prevents that secret keys end up unencrypted in backups where they do not belong.

Because these smartcard tokens can also store small amounts of user data, it is possible to keep state, for example the tip of a hash chain, which can help to avoid accidental forks.

See the code and more in the repository.

Wheeeew–this is going to get wordy, 'cause a heck of a lot is going down. The NGI Pointer crew (detailed in the previous newsletter) has gotten started!

Arj & Andre have been hard at work collaborating on the nodejs side of things—optimizing syncing speed and benchmarks like a beaver optimizes sustainable wetlands. At the same time, Cryptix is focusing on the golang codebase—doing cleanup, rewrites, and continuing work on private groups and epidemic broadcast trees, with future work landing on supporting rooms later this spring. Zenna has been busy facilitating meetings and negotiating with the funders & writing up contracts. That's the summary, but let's break it all down and provide links, so you readers can get dirty in the details.

To keep apprised of the latest NGI updates, keep an eye on the #ngipointer channel.

Cryptix loves his branches, so make sure to check the active branches of the go code to see where the focus is currently at. 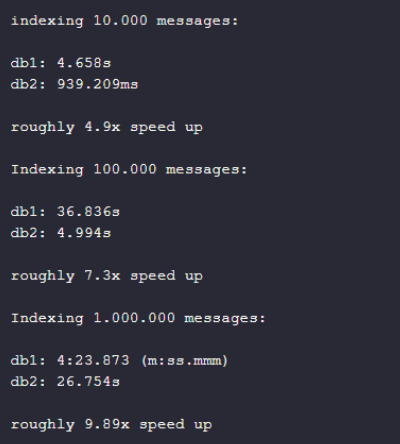 Arj shared some preliminary results for the node-side of things with a (roughly) 10x speed increase when indexing [15].

For the latest benchmarks, see the github actions comments in the NGI Pointer Org's PRs (example).

Rooms are a concept pioneered by Andre & Manyverse; they are basically a server that exists to bridge two SSB peers in realtime, without polluting the social graph–pub servers issue follows to the people invited to it, often causing them to balloon into hundreds and thousands of follows, which connects people who might not want to be connected.

A room server is an SSB peer with privileged internet presence (not behind NATs) that allows its clients to perform tunneled connections with tunnel addresses.

Rooms 2 is currently being designed–one facet of improvement is increased privacy for room users–and is soon to be implemented in both nodejs & golang. See the linked specification for more details–and you should check it out. The spec is highly hyperlinked and feels a bit like walking through an extremely specific and nerdy text adventure, in a way.

As part of the NGI Pointer grant, the dev team has been keeping the community updated through public dev diaries: 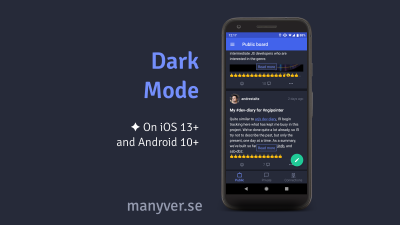 Manyverse's has had a couple of releases since our last dance:

Included in these releases are:

Building a new database for SSB is a significant challenge, since the database is the central component in any SSB app, and traditionally has been handled by many complex modules invented by Dominic Tarr. Anders and I were really busy (we made 36 PRs in December alone) building a faster replacement in just 3 months, and in December we fixed a ton of corner case bugs, while keeping an eye on performance.

Read the full posts for more information and links.

➫ An Oasis In A Desert of (Recently Updated Desktop) Clients

The Oasis changes, discussed in the last missive were merged! A new Oasis Desktop Release was also authored. Hooray!

That means Oasis can now be used to post images (with exif data removal), revise & render work-in-progress posts (that have yet to be posted) and other changes.

It's also looking like more updates will be landing right in the next few months to come from new development initiatives.

Arj chimed in with an update from the SSB Browser side of things. SSB Browser is a SSB client and interface that is built to work directly in modern web browsers, without any extensions, and to be easily extensible. Its structure is modular, with a decoupled core—handling all ssb-specific logic—that can easily be used to build your own browser client. [23]

I’m really happy with the results from the perspective of an application developer as the new jitdb syntax is a lot easier to write and understand. Visually from the end users perspective there is no change in this release.

I'm honestly a bit tingly about the jitdb syntax :~

➫ Muddy Patchboots on the Ground

Why not use gossip for the client itself? Asking friends for software recommendations seems like a good idea, why not do this automatically on Scuttlebutt?

The idea of PatchBoot is to provide a Scuttlebutt client with no other feature than loading apps found in the scuttleverse. 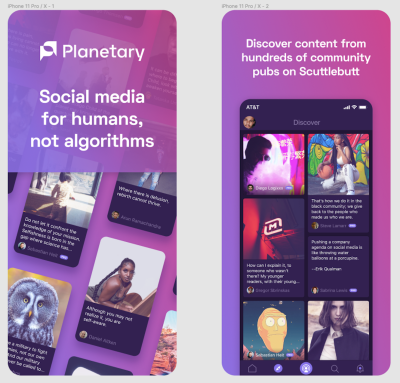 Planetary is coming out of beta! [28]

We’re in the final stages of the public launch for Planetary. This is a major milestone for us. The app isn’t perfect, but we do feel it’s ready to get out there. In order to get some attention around it, it’d be really awesome if folks in the #scuttlebutt community could help post about it, on the fediverse, twitter, blogs

A late one, but a good one—at least I hope so! Take care of yourselves, butts, and take care of each other. Happy new year.

cblgh, signing off for now