Published on October 27, 2020 by Alexander Cobleigh

I've been busy! You've been busy! Everybody's been busy! At least, that's what I think September & October represents—particularly in the northern hemisphere (absurdly enough the only place I have been so far??)

The recipe of which is:

Takes a breath Luckily, we have one of the warmest communities on the net (and off it) to fallback on. Let's see what the Scuttleverse has been up to for the, roughly, past two months.

➫ Business in the front, Hermies in the back

Efforts to improve the stack and its clients are coalescing, after periods of preparation. 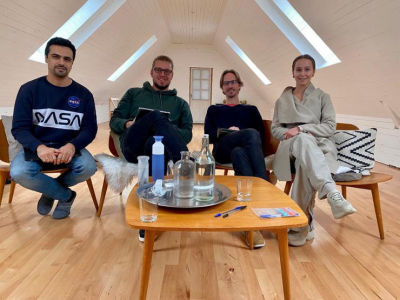 The NGI Pointer grant group managed to have their official kickoff in a theatre in the country-side of southern Sweden, weeks before Europe's second wave of Covid-19 outbreaks. Read about what was discussed during the weekend in Manyverse's newsletter.

Another important meeting was held online by the European Scuttlebutt Consortium (ESC). Two new members were welcomed to the collective: SoapDog & Daan. The primary purpose of the meeting was to form working groups. Have a look at the currently formed groups, their members, and focuses.

➫ The Adventures of the Floating Avocado 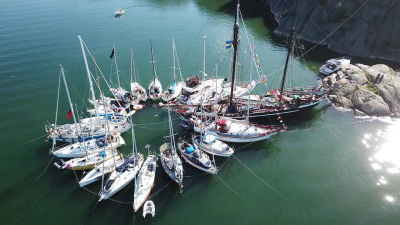 a ring of sailing ships, by some rocks on a blue-greenish water mass

Zenna shared a story (1) detailing her boating adventures on Avocado, her boat, from the summer that just was.

Two nights into the journey, the first major issue occurs. The sail rips free in very windy weather and the bolt holding it together at the top completely breaks, rendering the genoa to fall into the water. This, combined with the majority of the crew getting very seasick, delayed our journey and we don’t arrive until the last two days of the festival. 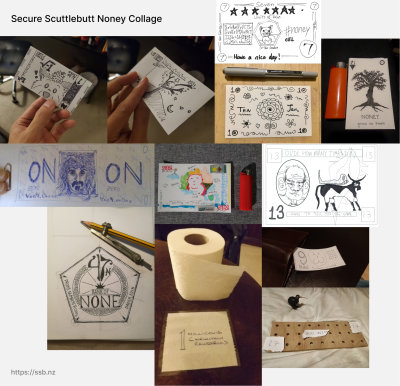 One of the community's members, Sami, proposed an art challenge consisting of everybody coining their own noney (2):

Here’s the deal: Create your own banknote on a piece of paper. Any shape or size is fine. Think of a number that sounds cool or significant to you. spend one minute or maximum one hour on your creation, then share on this thread with hashtag #noney

Issuance was slow to start, but once things got rolling, new noney was being minted at never before seen paces.

Banks of Noney featured in the collage

Outside of the realm of community-coined currency, we unfortunately have to deal with real money. André Staltz started a thread (3), discussing the topic of funding in relation to open source communities. The thread is wide-ranging, and a good read. Not all posters agree with another but, as happens with friends and in personal communities, the conversation was carried on with a depth and with an understanding & respect of each other that is temporarily absent from many other forums in the current internet.

Often money in OSS is compared to money in companies, and there’s a desire to make OSS get as much money as companies. What if we’re comparing it to the wrong thing?

How much money do you live off?

A spin-off thread (4) from the open source funding discussion was created on the topic of how much money people in the Scuttlebutt community have made per year. In radical transparency tradition, people started posting in the thread, openly sharing how much money they had made as well as how that money related to their lived lives. 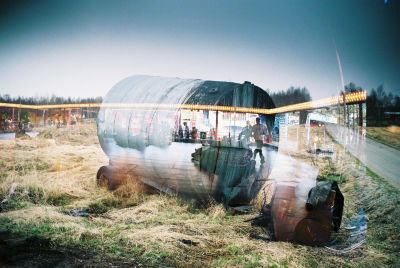 Samui of the community started a picture-sharing thread (4.1). The twist: only post photos you have taken with an analogue camera.

On a similar note, but in a different thread (5), Daan was out experiencing the analogue beauty of the world, sharing this lovely vista: 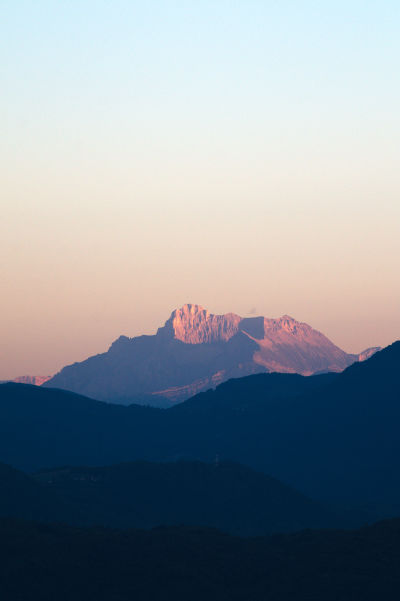 Daan writes the following about the vista: A view of the Grand Tête de l'Obiou in the French Prealps as seen from the Bastille in Grenoble. The mountain peak sits behind three layers of dark, forest-covered hills in the foreground which are all different shades of dark green to black since they're already in the shadow. But the mountain itself is tinted bright red, itself being lit by the setting sun from the right. Above it, a dusty sky fades from pale red to a bright blue to white.

Throughout September and October, a cohort of lovely community members resurfaced after various absences, like mushrooms after a good autumn rain. They were warmly greeted and welcomed back by the rest community. It is nice to see you all again :) 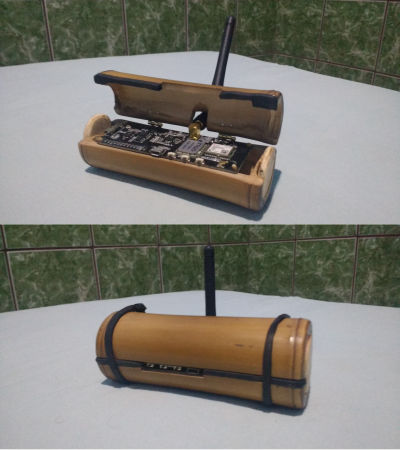 bamboo encasing for LoRa boards, made by an artisan in Moinho for the project

Luandro is travelling across territories in South America, with the goal of connecting indigenous villages with each other using autonomous mesh network nodes. The thread (6) (7) is full of inspiring stories, human connection, and wonderful images. For even more more details, see the meshtastic forum thread. 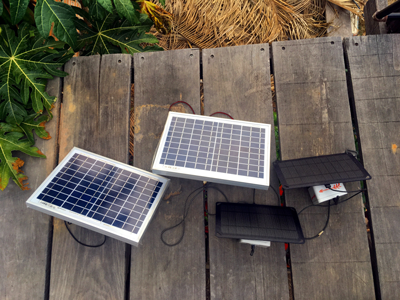 Emmi's comment in the thread captures how I feel reading Luandro's posts:

Your experiment is so exciting! It’s like a suspense movie but for the cool apocaloptimist future instead of some dumb macho plot. Also your story about connecting with folks and the art are beautiful! We’re all cheering you on mate.

A new person recently joined and starting writing fantastic Walkaway-inspired solarpunk fiction, directly on SSB (8). It is really, really good—on par with (or above) the original Walkaway by Cory Doctorow.

Yesterday Celebra had come back from school screaming “Daddies, I wanna make candles, Benjumino showed me pictures of candles from default and they’re awesome!” Daniel and Lamech looked at each other. Was it really possible that Celebra had never seen candles? They felt like they had been caught holding a dark secret. How could you withhold candles from me! But in reality it was just that candles were never really necessary in walkaway, and Celebra was just too young to remember default. And even then, they had only used candles during the power outages at night, and she would have already been in bed by then. Still, they were not going to raise their daughter without the experience of authentic candle light.

The author, currently known as zOMaNtV05 (a portion of their public key), shared the following (9) about their motivations:

I want to explore more of the walkaway future. Doctorow left many things undefined or glossed over them. Things like raising children or geographical areas where the all-inclusive, (western) progressive values would not take hold automatically because of their history and how these areas became walkaway. 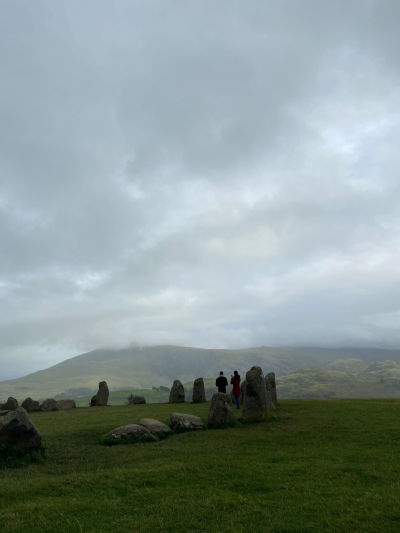 two people, standing in the midst of a stone encirclement out in a dark green and misty landscape

Continuing the love for the #new-people channel: Abby greets the community (10) with a thorough and heartwarming introduction. 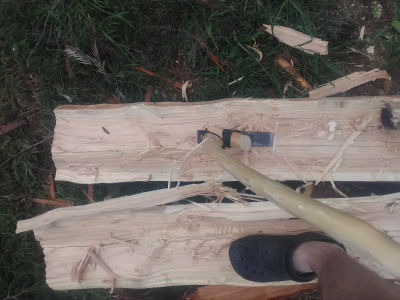 Dominic has been figuring out how to chop logs by making his own tools (11) and documenting the journey (12). 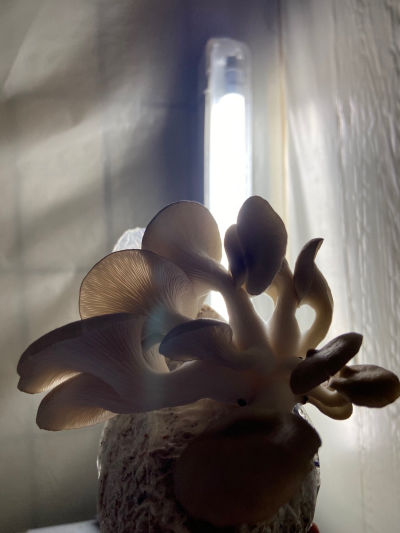 oyster mushrooms flushing out of a growbag, with a harsh white light in the background

Landoo posted an update (13) from the Berlin-based mushroom fruiting project mentioned in previous letters. Look at those mushrooms!!

Inktober is an annual occurrence, tinged with a mild controversy, where artists of all stripes spend the month of October sketching, painting and sharing their creations with the wider internet. This has reached the Scuttleverse, as well, where people in the community have been producing lots of fine artwork. See the #inktober channel for more. 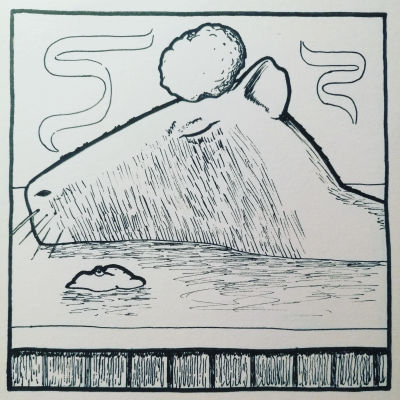 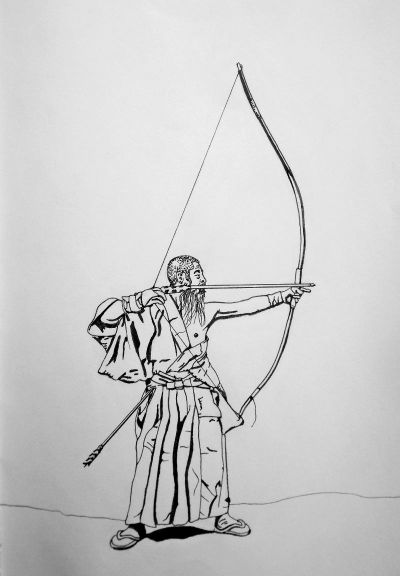 an old archer, with a bow drawn and a ready stance, in an empty landscape 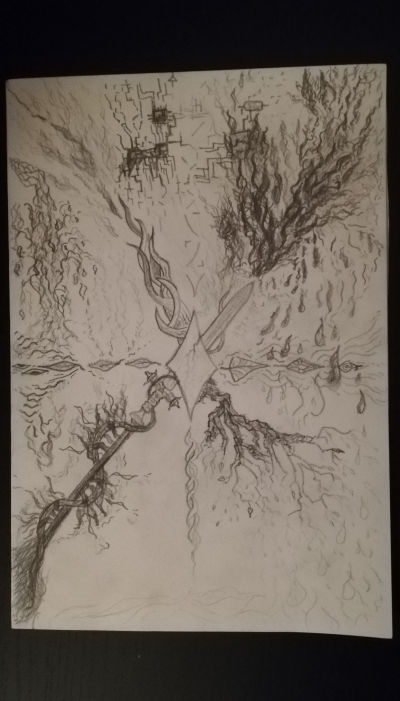 a lot of stuff going on

This newsletter is funded by the community. You can read the details of how much is funded and what the process has been here (14). The more recurring contributions inside the SSB ecosystem, the more efforts will be able to happen. This includes improving existing clients, supporting people living on the edge in order to challenge the status quo of the current internet, as well as supporting community initiatives in less monetarily wealthy regions of the world.

If you feel you have financial security, and you resonate with what the Scuttlebutt community & ecosystem has accomplished so far, you can donate here.

➫ Where is the Butt Money? 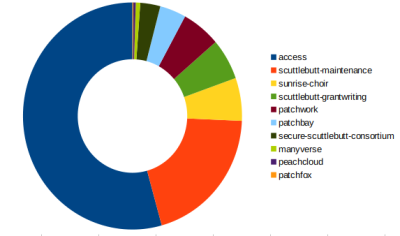 André Staltz scraped the various Open Collectives in use by the Scuttlebutt community, collating the funds across the OCs (15). To put the above chart into context: the largest fund (ACCESS, which is holding money received from the Handshake grant), at the time of the graph, held 46.6k USD / 39.4k EUR.

Note: this chart does not account for money that is spent readily (such as the Manyverse OC), nor the 200k EUR awarded to the NGI Pointer working group (delivered in milestones). It's a snapshot of the currently available funds.

KawaiiPunk started a thread (16)—which ultimately sparked André's OC scraping—asking if the currently available funds in the SSB ecosystem could be used to improve the Oasis client.

After a few days of back and forth, Cryptix and cblgh made a proposal for 6 days of work (16), spent on adding anticipated features to Oasis (see the Technical section below for more info). The related money was agreed upon to be drawn from the Patchwork collective, which had been allocated a budget by the Handshake Council—which had remained mostly untouched since the allocation. The 6 day work proposal was approved by two of the community members and administrators of the Patchwork collective!

See the work proposal for what was promised, the rate for the work, and other details.

Want to encode an SSB link so that it can technically be shared in browsers? In JavaScript™, use encodeURIComponent(ssbLink). Want to convert it back to something usable in an SSB client? Use decodeURIComponent(encodedLink)!

cel discovered and fixed an issue in the ssb-links module. The issue caused ssb-server to crash when handling certain messages. This patch is important to apply for ssb pub operators—so if that's you, check out the post (18)! (Regular clients were reportedly unaffected.)

Also of interest to pub operators & friends of system administration is the fact that cel is seeking help co-running & moderating an open ssb pub (19). A community run and open pub would be a boost to the currently hard-navigated onboarding process.

screenshot of a language drop down in Ahau

Luandro outlined his experience trying to onboard people in South America to SSB, identifying the language barrier as one of the largest barriers to adoption (20). Working on the Ahau app, he implemented a proof-of-concept improving the onboarding with respect to language barriers.

What is SSB Neon? It’s an effort to gradually migrate our canonical tech stack, from Node.js to Rust. It’s a collection of Rust libraries published on npm (and still not JS) that are fully backwards-compatible with the traditional SSB packages on npm.

Andre has, at the time of writing, converted 2 ssb modules already to use rust via neon bindings (with at least a third labeled a work in progress)! 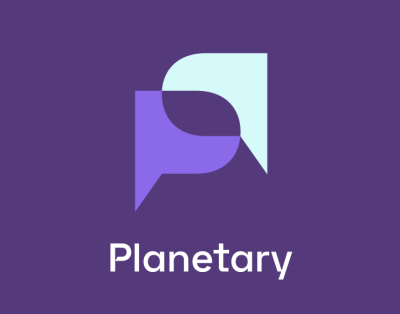 The iOS app Planetary saw a release, introducing design tweaks (as well as, I believe, a new logo!) (22) 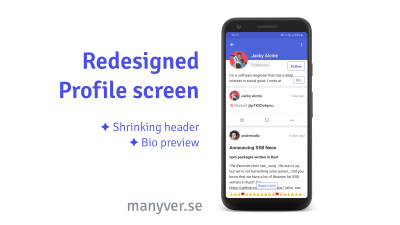 Manyeverse also saw a new release (23), one of the milestones being the completion of a community-driven Arabic translation of the interface! See the manyverse newsletter for more information. 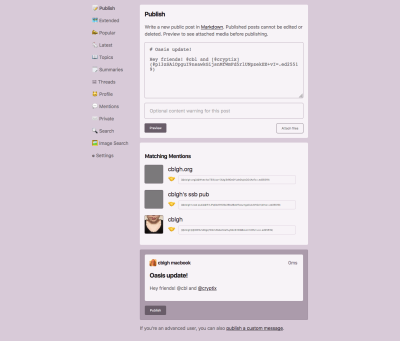 cryptix and cblgh (mais—c'est moi !) proposed adding file uploading and a message previewing flow to Oasis [(24]), one of the newer SSB clients, and pulled it off (25)! The interface also saw various improvements—seeing thread views condensed, restructuring the visual hierarchy of the general interface elements, and more. see the PR for the rundown. The patch is unmerged as of yet due to a lingering ci issue (ci lovers & patchmungers welcome!!)

Ahhh—we have reached the end of yet another missive! Hopefully you had a nice time reading it, perhaps while drinking a cup of tea or freshly brewed coffee, and discovered something new from the various nooks & crannies of the Scuttleverse.