Published on September 16, 2020 by Alexander Cobleigh

I hope you, yes you, are doing okay despite the turbulent times. This edition of the newsletter has been somewhat more delayed than usual. It is for a quite good reason, I promise. Ah, you are skeptical? Well, let me end this little soapbox paragraph that I have alloted myself with the following image, and then refer you to reading the rest of the newsletter in order to find its source: 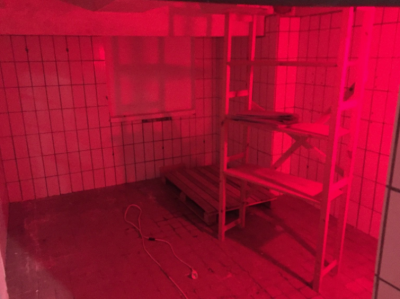 Redlighted shot of the mushroom cultivation space in Berlin

notplants started a mushroom cultivation collective in Berlin [1], which looks very intriguing. I enjoyed reading the thread, hearing about their goals and challenges in the project.

One of my never-ending, yet inconstant, joys of ssb is the topics and people that pop up in the community in general, but particularly in the #new-people channel. This month, Surili4theOaks popped in [2] to introduce themselves to the community. The welcoming thread is lovely, but I also wanted to give an extra highlight to the unexpected and well-written intro to dialectics [3] which somehow naturally occured in the course of the thread!!

Romeo (w̶h̶e̶r̶e̶f̶o̶r̶e̶ ̶a̶r̶t̶ ̶t̶h̶o̶u̶ ̶r̶o̶m̶e̶o̶ sorrysorrysorry) took it upon himself to start a new ssb identity [4], which (currently) posts roughly once a week with one line summaries of interesting posts. Give the feed a look, yeah? 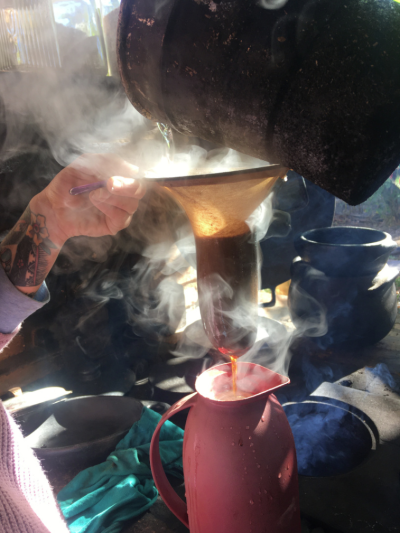 Steaming coffee being poured into a red receptacle, through a reusable cloth filter

Continuing the recently started tradition of sharing your beverage of choice in the #showmeyourcoffee channel, Luandro shared his coffee making process, including a picture of his future source of coffee beans (an immature coffee tree!) [5]

The European Scuttlebutt Collective (ESC) was finally and officially announced! The ESC is a group of people in Europe (Swiss & Brits and other people residing in Europe are warmly welcome, of course), dedicated to improving the Secure Scuttlebutt Protocol and ecosystem. See the announcement post [6] for more information, or the collective's website. 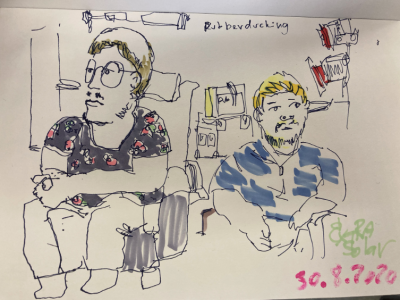 An original hoodownr sketch of Hendrik Peter's talk during Extrasolar, with a dash of Teemu on the (right-hand) side

Last but absolutely not least, the Extrasolar SSB meetup & speaker symposium happened! Initially described as "a magical, family style affair" it was that, and so much more. Extrasolar was the first physical ssb event to happen since the 2020 Coronavirus pandemic began. 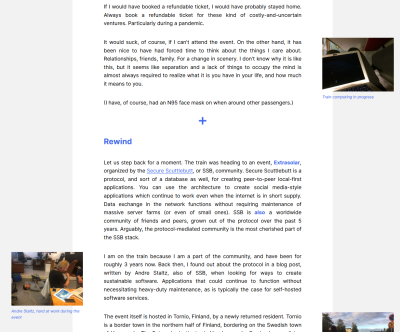 Sneakpeek of the Four Nights in Tornio hypertext writeup

After you have read the remainder of this newsletter, I humbly recommend a special edition telling of the story of the meetup (link above), from the perspective of one of its participants (by whom, you wonder? why, the editor-du-jour, of course). There are quite a few images in it from that magical weekend in northern Finland.

If you want more than is contained in the Four Nights In Tornio-writeup, check out the impromptu Extrasolar reflection thread [7], or the #extrasolar channel. As an example, Hendrik Peter took some GORGEOUS drone shots of Tornio during his stay in this post [8].

Tornio from the sky. Drone photography by Hendrik Peter

Murilo Polese and aadil started a reading circle on the book "Twitter and Teargas" by Zeynep Tufekci. If this sounds like your jam: check out the gathering [9].

Related to the European Scuttlebutt Collective, the collective's first grant application just landed, which means 200k euros for protocol development! The successful grant application has its roots in the Next Generation Internet: Pointer, a grant dedicated to forwarding new developments of internet infrastructure. The grant application was spearheaded by Zenna. The working group that made it happen, and whom will be working on it, are (cue heist montage zoom-cuts)

Also involved are: Keks (as security advisor), as well as Erick (one of our previous newsletter editors!), Aljoscha, and Christian Tschudin (as academic advisors). 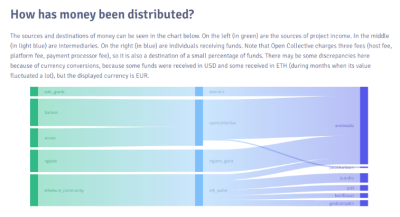 "Bay of Plenty (BoP) aims to be for the Scuttleverse what a browser is for the web: A single desktop application that can download and then run multiple applications in tabs in parallel, optionally using different user profiles or Identities. In this comparison, I consider websites to be networked-deployed applications. This does not only include social applications but also things like calendars, password managers, photo organizers, collections of recipes, financial applications"

You can follow the project in the #bay-of-plenty channel using your SSB client of choice. 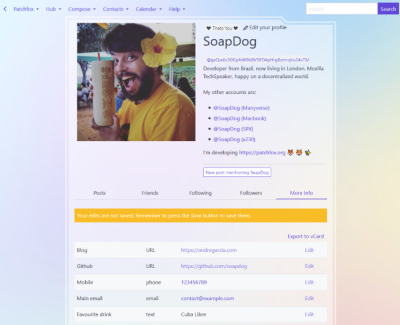 Sketch of the More Info feature, see the bottom, in Patchfox

Patchfox had a new release! It is an incremental patch, the goal being the More Info feature. More Info will allow patchfoxes to (privately) attach arbitrary information to ssb profiles, their own and others. It is similar to what you might be able to do in your smartphone's contact book. Read more about SoapDog's plans in [13] and [14].

Manyverse also had a new ux dev, Wouter Moraal, join the project on a part-time basis! [16]

Feedless, the forum-like & twitter-inspired client which was started earlier this year, joined the merry band of clients publishing updates, and thus also had a new release! The release notes contains patches for both the iOS and the web version. [17]

"SSBC and its future" [18] ia a proposal by Christian Bundy in which a new maintenance effort for the javascript stack was announced under the name of ssb-js. The ssb-js effort is defined as a healthy commons of dependable JavaScript applications and libraries. Read more in the post or in the maintainer document.

(They have been quietly productive since the announcement; encouraging!)

➫ A list of good & hard problems for improving SSB

After one of the European Scuttlebutt Collective's online calls, arj took up the mantle of outlining hard & good problems which would bring ssb forward. Read the tasklist online.

arj also announced a new concept called ssb observables [19] which are, essentially, a kind of gossiped key-value store drawing inspiration from ssb's current binary blobs subsystem. The idea is that an observable would be useful for things which continually change, such as the latest nickname of a butt (ssb user). Importantly, arj posits that this could be a building block upon which to bring partial replication to ssb, resulting in way shorter onboarding times, smaller databases, and more ephemerality.

The SSB Private Group and Envelope specifications have reached 1.0.0! This means the specs have been thought-through very carefully, and the people behind it have confidence that they can be implemented across many programming languages. 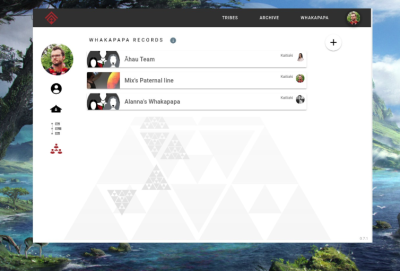 Alright!! It feels nice to finally share both the newsletter and my wannabe gonzo journalism writeup. Hope you have had a lovely time reading.

As always, you can contribute financially to the Secure Scuttlebutt Consortium. With more recurrent contributions, it is easier for the community to plan and sustain a variety of projects, one-off expenses, and lovely butts (again: ssb users!!).

cblgh, signing off for now