What we were doing during the pandemic 🌍💚

In the past weeks we gave everything to keep attention on climate politics while fighting Corona.

The pandemic forced us to call off our big demonstration about the local elections. Quite a hard step after days of organizing and crafting stuff for the demonstration, but the right decision. Even though there was no climate strike on the election weekend, we made climate an important issue in the pre-election by organizing a political discussion together with Energiewendeverein Erlangen or participating in “Querdenker Festival”.

Instead of physical ones we organized and participated in several online strikes.

Due to the constitution of the new city council, together with Extinction Rebellion Erlangen, Greenpeace Erlangen and Sneep Erlangen we wrote an open letter to every member of the city council. We demanded actions about climate change in the upcoming legislative period. In addition to that we organised a first demonstration with high standards of hygiene.

Currently Fridays For Future Erlangen is busy organizing our next action on coming Friday because climate emergency was called out exactly one year ago.

Fridays For Future Germany adapted another way of protest in times of Corona by placing thousands of signs saying “FIGHT EVERY CRISIS” in front of the German parliament. The demonstration signs were sent to Berlin from the local groups of FFF from all over Germany.

Daily webinars on Fridays For Future De YouTube channel extend our knowledge about climate justice and a lot of other topics. 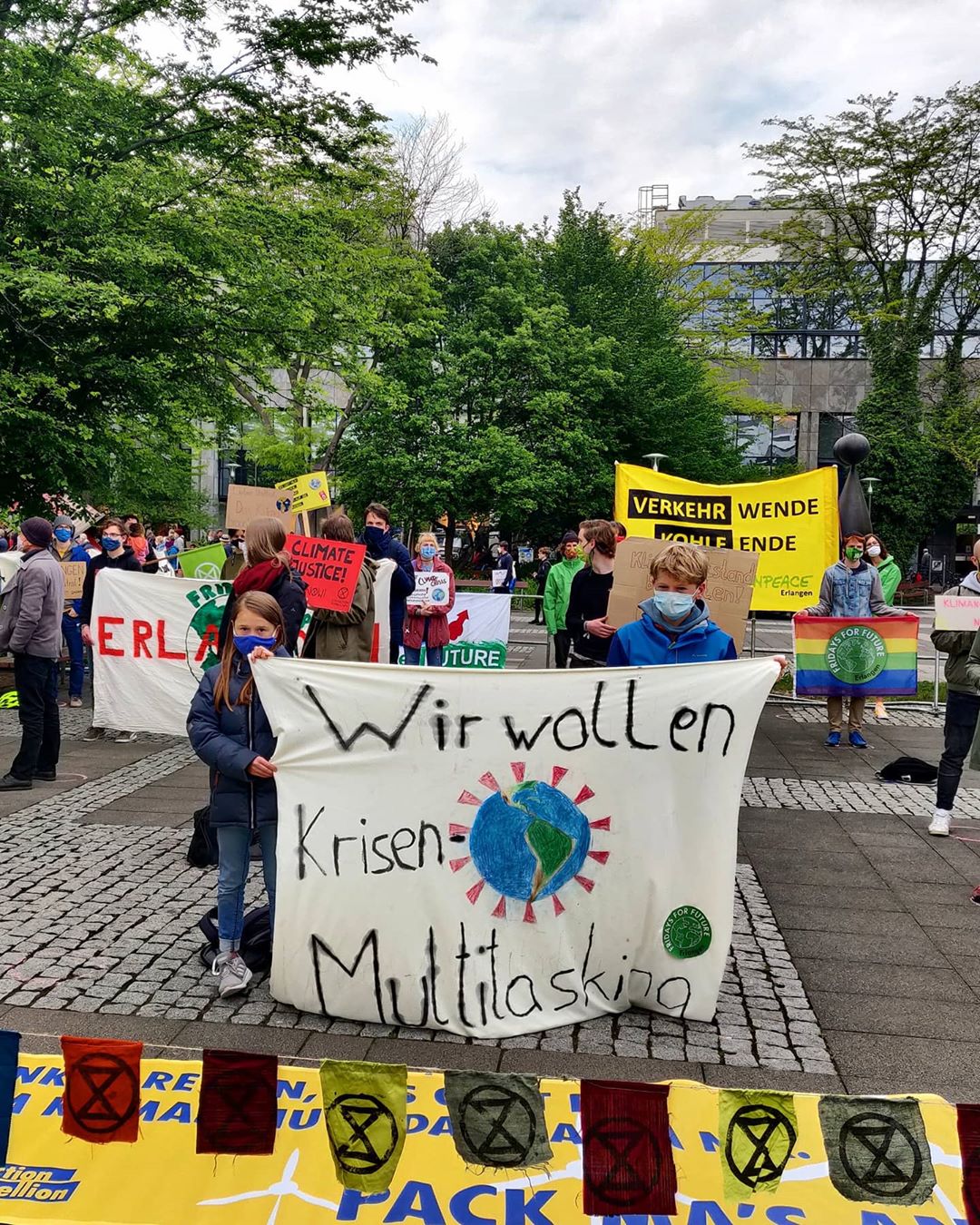